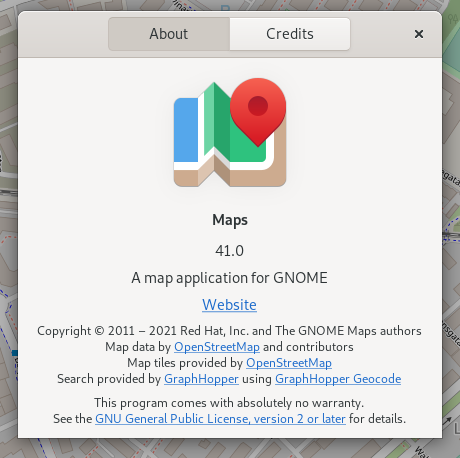 It's been a while since my last blog post. And in the meantime GNOME 41 was released. So I thought it would be time for a new post, although there's not been that much news to show in Maps itself since the last update (where I showcased the refreshed icons for search results.

But a few small visual improvements have been done since.

Already in 40.0, we made the display of population numbers for places (such as towns, cities, and similar) locale-aware. So that it now uses localized digits and decimal separators. 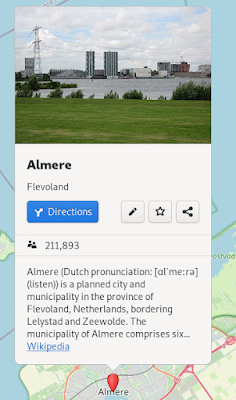 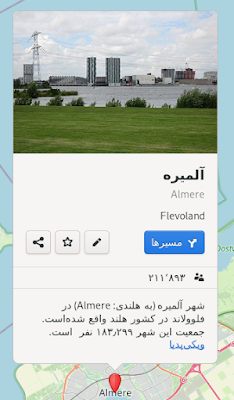 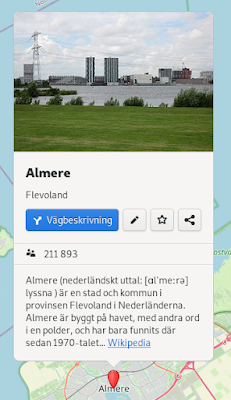 Now in 41.0 another small refinement has been made to show elevations below mean sea level expressed in words, rather that just showing a negative numer (which, although correct, may look a bit technical): 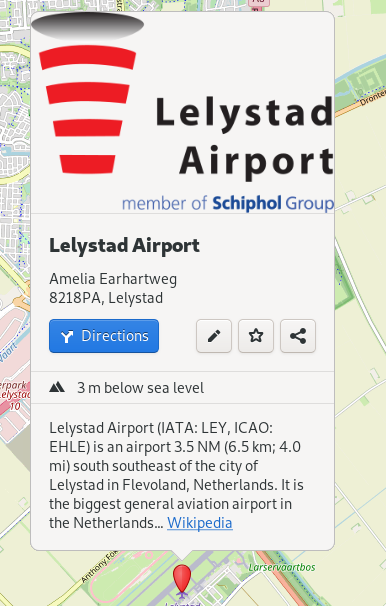 Also along the lines of visual polish, we now show population numbers in a rounded format if the value is an exact multiple of 100,000, assuming such a figure is most likely not an exact number but rather an approximation. 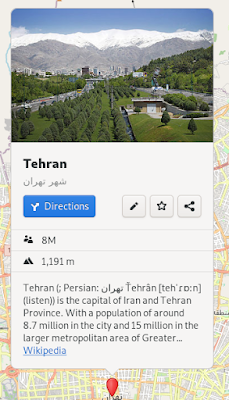 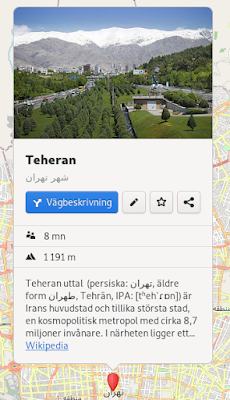 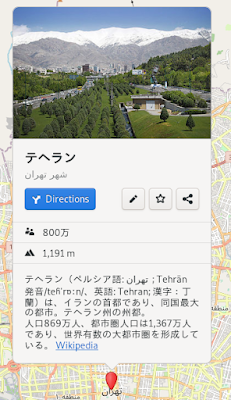 This utilises the localization API from ES (JavaScript) and as can be seen here gives a localized unit suffix and also in the case of Japanese as shown in the last example, the multiple in this case is 10,000, as this is based on traditional Chinese numerals, with denominations 10⁴, 10⁸ and so on. So in this case it would translate to “800 ten-thousands (man)”.

And over in libshumate (the new GTK4-based map rendering library we're working to eventually replace libchamplain, and enable migrating to GTK4), James and Corentin has been busy.

Among other things, James has implemented rotation support (for pinch gestures on tough screens among others), fractional scaling (should make smoother pinch zooming possible, something that has been quite poor currently in libchamplain, and thus in Maps). Also he started working on a renderer that vector format tiles: 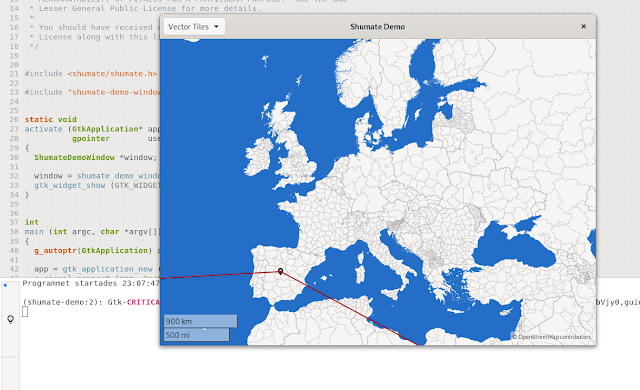 Using vector tiles is something that's been in long-term plans for a long time. One thing that this could enable is the possibility to download map data for offline usage, something that is not really feasible with bitmap tiles. But actually I think something perhaps even more useful could be the possibility to render names in the user's language. This has always been an area where compromises had to be done. For example Mapbox' street tiles uses English names in the default tile set which would have the benefit of rendering as something that many people could read out as common Romanized transliterations of place names where the native reading is in a script they can't read. The downside being that they see place names near there home always in English, even though they could read (and might be more familiar with) the native reading. On the other hand the default openstreetmap.org tiles (which Maps now uses) renders the native names (which is better for your home location, but vice versa would make any place where the native script is unfamiliar not understandable).

And myself I have started on a little side project GNOME streets. a style for rendering bitmap tile maps using the GNOME color palette (though only some parts of the map uses these colors so far): 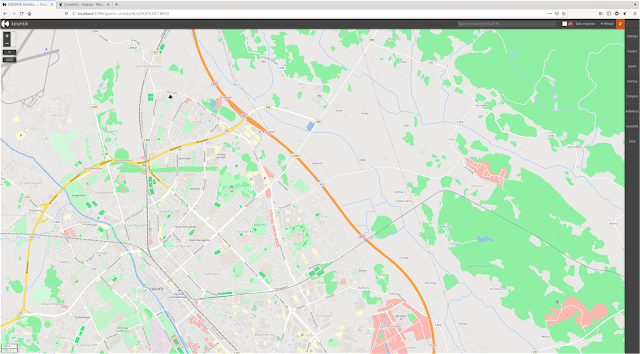 Eventually such a style could either be deployed on a GNOME-hosted bitmap tile server, or it could perhaps be used as the base of a stylesheet for rendering vectors tiles client-side in Maps.

So, over and out for now, until next time!

Posted by Marcus Lundblad at 10:20 PM