As we have just pushed out the release-candidate before the GNOME 40 release next week I thought it would be appropriate with a little summary of the news for 40. 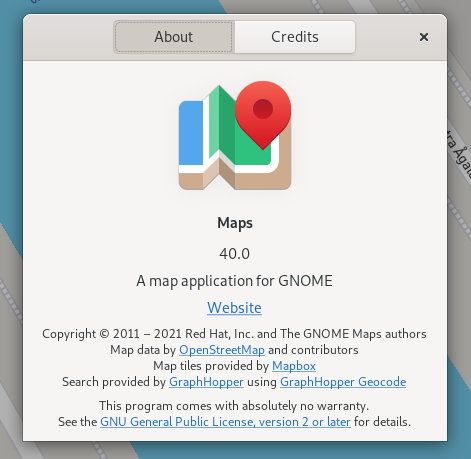 The first big visual update this cycle has been the new updated “place bubbles” redesign by James Westman: 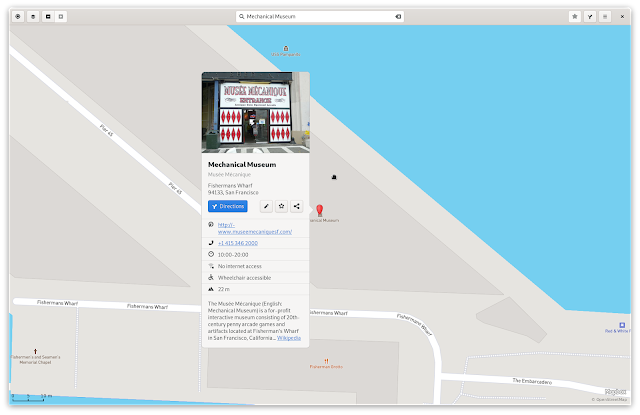 This has already been covered in earlier postings, but still earns mentioning when summing up.

I also made some tuning to the way we present the information for places. The title will now show the place' name in the user's language, when that is available in the OpenStreetMap data. Also it will show the place' native name, as locally written, when they differ: 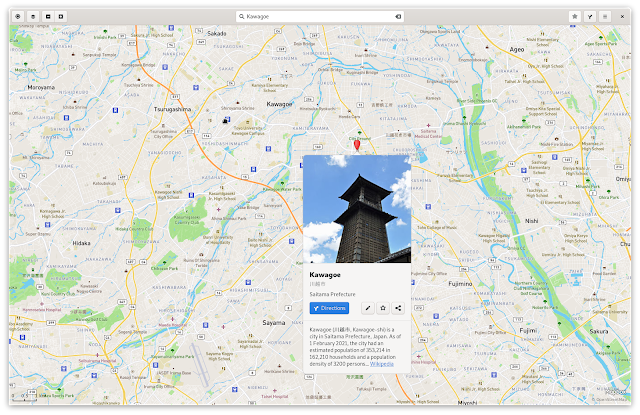 The other big update has been further improvements of the interface' adaptiveness for mobile (narrower) displays, also by James. When selecting a place marker from a search result when in mobile mode, instead of showing the popover style we use for desktop, a ”place bar” at the bottom now appears: 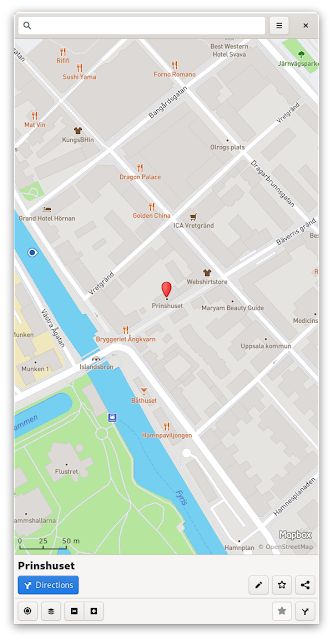 And when clicking/tapping on this bar, a dialog (which will fill the entire space on smaller displays) appears:

Though not yet used by Maps, there's also been a lot of progress made on the new map rendering library libshumate, based on GTK 4 that is set to replace libchamplain and which will let us move away from depending on Clutter and thus also allow migrating from GTK 3.

James Westman and Georges Basile Stavracas Neto. The demos accompanying the library has been consolidated into a single demo application and also gained a Flatpak manifest, which means the demo can be run directly from the GNOME Builder IDE, allowing to “run” the library direcly when making changes. Georges also implemented so called ”kinetic scrolling” (meaning the view has keeps some inertia when you give it a ”push”, which greatly improves the feeling of smoothness as it doesn't stop abruptly, moving one step further towards providing a matched look-and-feel to what we currently have with libchamplain. 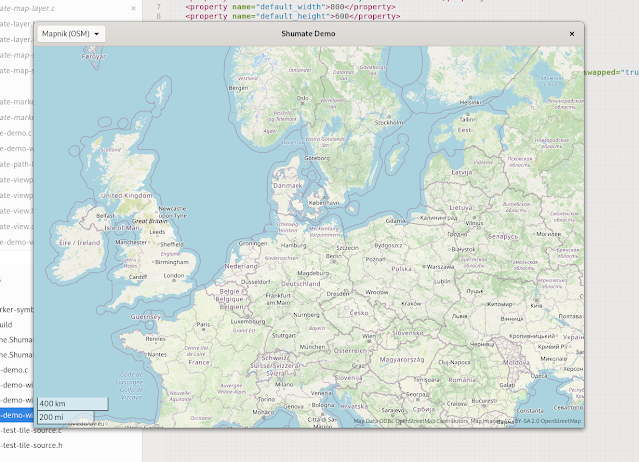 James also implemented a test tile source, which can be showcased using the drop-down menu in the demo app. This test source shows the background tile indexes (the TMS tile coordinates, https://wiki.openstreetmap.org/wiki/TMS ) which can be handy for debugging, as well as serves as an example of writing a custom tile source implementation. 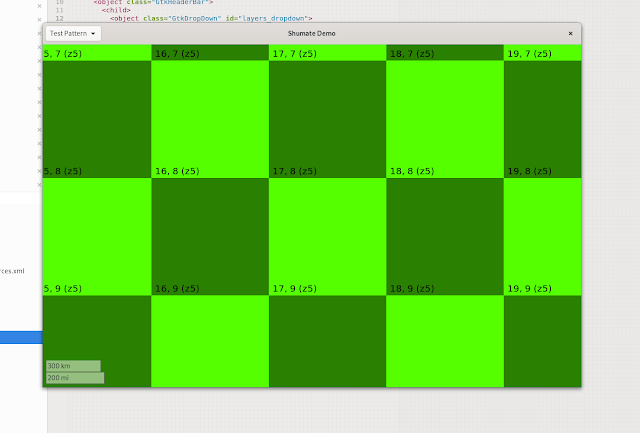 And as always, stay tuned for coming updates on the progress towards GNOME 41 and other stuff coming!

Posted by Marcus Lundblad at 10:38 PM