I guess it's time for some news on goin ons in GNOME Maps again since been a couple of months since last time.

In the development branch (leading up to 3.34 this autumn) I have re-written the code used for producing printouts of route searches to not use the GtkOffscreen “pseudo widget“ to render instructions, since this will not be supported in GTK 4. Instead it now uses Cairo directly to do the rendering. The appearance of the printouts should however not really be any different, so in that respect it is not that exciting :-)

On the surface though there's been some concerns regarding the quality of the turn-by-turn-based route search results provided by GraphHopper, that in some cases gives quite a lot of unneeded “continue on” instructions on the same road, as shown in the following screenshot from a 3.30.x version: 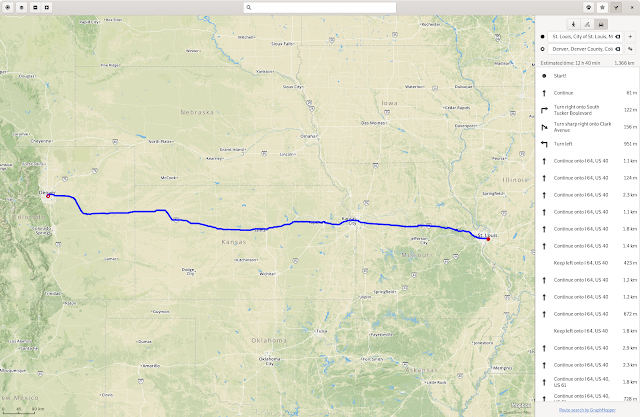 This was something that there were upstream reports about in GraphHopper. But I thought that it might be worth a shot to try to do some client-side clean-ups of the results by merging consecutive instructions continuing on with a common part of the road name, and this is the after result: 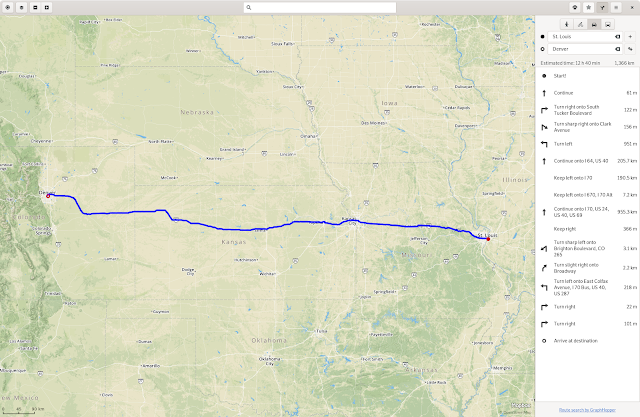 Which makes a bit more condensed and easier to use. This has also been backported to the stable branch and will be available in next week's 3.32.2 release.

The other concern was that the search function is not that great at intelligently finding relevant, nearby results. And it's also not too forgiving to spelling mistakes and matching on partial strings. I have done some researching on alternatives for this as well. Will get back on the subject rather soon…

So, until next time!
Posted by Marcus Lundblad at 7:57 PM