It´s been ages since I last shared any Maps news, so it´s probably about time…
Some things have happened since the stable 3.30.0 release in September.

First off we have a new application icon, courtesy of Jakub Steiner using the icon style for the upcoming GNOME 3.32 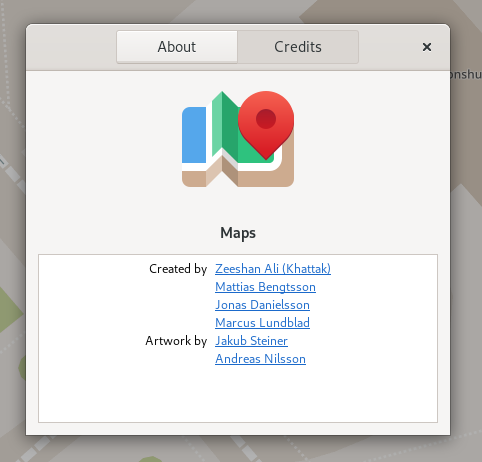 Furthermore the application menu has moved into the new “hamburger menu ” in the title bar, in-line with changes being carried out across the board for GNOME applications, since the adoption of the desktop top bar menu for application-wide action was never really adopted in any significance by third-party applications. 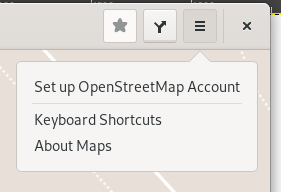 Lately James Westman have made various valuable contributions, among others a better experience on first launch (should be no more gray areas “north of the north pole” in these situations), getting rid of some deprecation warnings when running with newer GJS versions, and also a bug fix with some parts from our C-based glue library for loading addresses from the contact book not being exposed as introspectable (and thus not being visible from JavaScript code) which strangely somehow was still working on older GJS. So I also made an additional bug-fix for the 3.30 series (3.30.3) with this fix.

Another feature James has been working on is replacing our old thumbnails that was being used in the menu for selecting the map style. This has been using static graphics captured from our previous map tile provider (MapQuest) which are not only not in-line with the currenly used tile style but may also be in a legal grey-zone. So one idea I floated was to dynamically use content from the current map view for the thumbnails.

James made some experimenting with this in WIP branch: 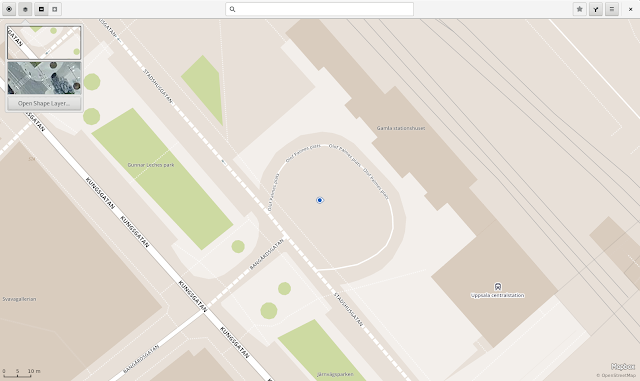 We have not decided quite yet from a design perspective if we should go with this approach, but I think it looks and feels pretty sleek. One slight downside is that it generates some additional tile accesses, but I think it´s acceptable.

So thank you very much James!

That´s that for now, and all have happy holidays!
Posted by Marcus Lundblad at 10:51 PM 3 comments: