So, we're approaching the end of the year and holidays, so I thought I should share some updates on some going-ons in Maps.

One issue we've had on our table is the way we do attribution. Currently in 3.26 and earlier we have shown the common OSM attribution and a provider logo on the map view. Now we also show attribution to OSM and the tile provider in the About dialog: 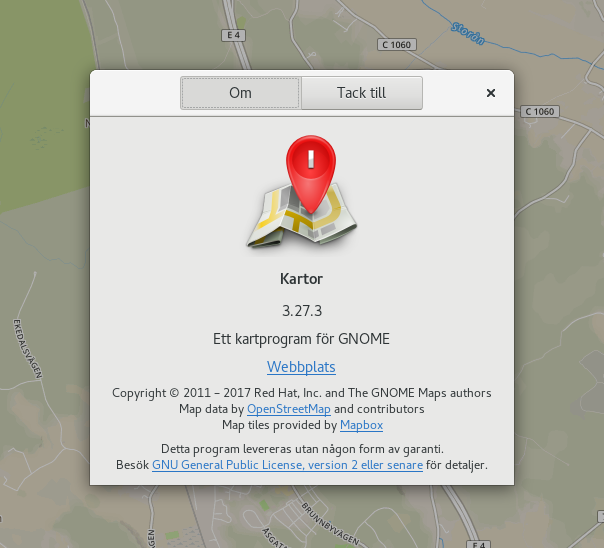 The tile provider name and link is included in the service file that is downloaded on start-up, so this can be changed later on without pushing new versions (if needed).

Another nice feature that we've had in mind for a while but didn't make it into 3.26 because we hadn't settled on the exact graphical layout is showing thumbnail images for places in the place info bubbles: 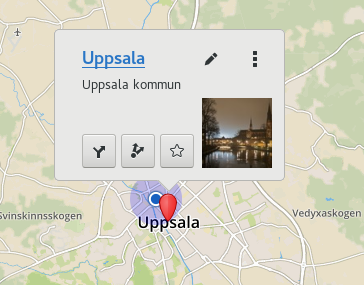 So, now we show a thumbnail picture for a location if it has a Wikipedia article linked to it in the OSM data, and if the Wikipedia API gives us a thumbnail corresponding to the article. This is yet another area where you as a user can add value by adding Wikipedia links, and also by uploading article title images to Wikipedia.

Another thing that has come up lately is an issue with how we overlay some things (like the zoom control buttons) using a GtkOverlay, which unfortunatly doesn't play well with the LibChamplain-based Clutter view used to display the map background when running under a Wayland compositor.
So, as a workaround, we have moved the zoom buttons to the headerbar (similar to the way it works in the EOG image viewer): 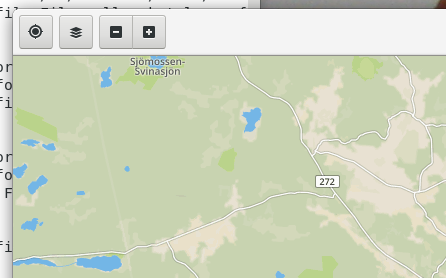 I think this is actually pretty nice, and I think I prefer this over the overlayed zoom buttons. So, I think we should probably keep this even if the GtkOverlay problem is solved (or we move away for using Clutter).

Lastly, I've been wanting to fill in some missing spots in our set of icons used for various modes of transit when doing the public transit routing, so I've been pestering Andreas about drawing some additional icons now and then for a while. As a piece of work-in-progress I can show you this nice rendition of a steam locomotive intending for representing tourist/heritage railways: 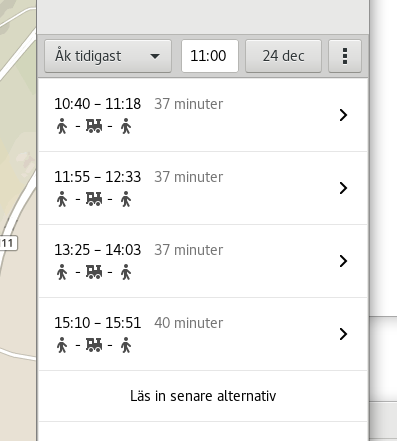 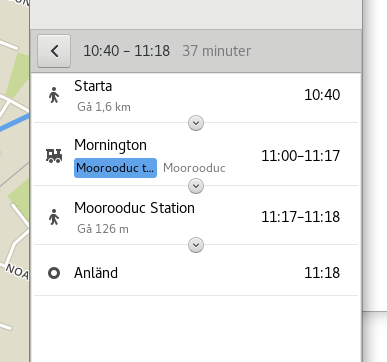 This example shows routes for the Mornington heritage railway outside of Melbourne in Australia, as the data I usually use for showcasing from the Swedish Samtrafiken organization currently unfortunately doesn't have this classification (I've bugged them about it…).

So, that's that for tonight. And happy hollidays everybody! 🎅🎆
Posted by Marcus Lundblad at 11:36 PM 4 comments: