So we just released the third development release of Maps in the 3.25 series (leading up to 3.26.0 in September).

Some new noteworthy new features and fixes made it in. We gained a couple of new keyboard shortcuts 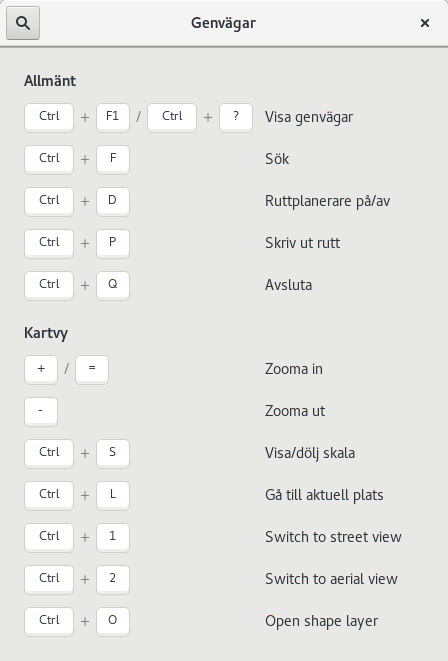 Control and 1 and 2 to switch the view between street (the “ordinary” map) and aerial view (the shortcuts where inspired by Nautilus) and Control+o to open shape layers (we had a bug report suggesting adding this feature, which indicates it might not have been discoverable enough). Using the standard “open a file” shortcut makes sense, since that might be something you may try without thinking too much about it. And ofcourse it will also show up in the help overlay (as pictured above).

Furthermore, we now remember the mode of transport used for routing between runs, so it no longer reverts to car every time you start Maps (and it also uses the currently set mode when routing to a place from a marker bubble in the view).

Another annoying thing we've fixed is that we no longer reset the list of found itineraries when doing a transit route search and you click on “Load later alternatives” (or earlier) and no more results where found, instead we now show a notification and keep the previous results: 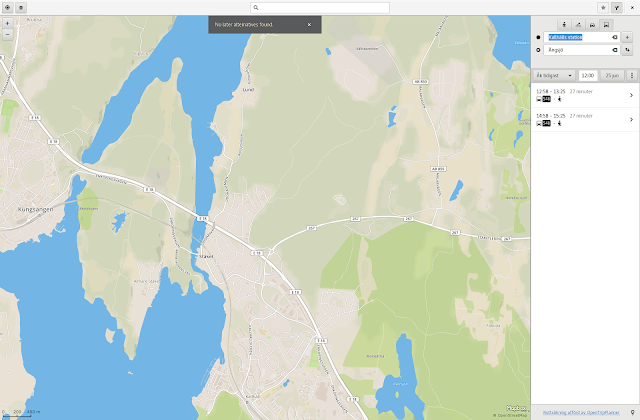 as can be seen in this screenshot showing results for a bus route which only runs on limited days.

We now also, thanks to work done by Robery Ancell, show religion information (for places of worship and book store for example) and information on the availability of toylets (when data is provided in OSM ofcourse). These can also be edited for POIs in OSM.

And it didn't stop there, after the release another feature implemented by Elias Entrup and Neha Yadav has landed. And that's that the search popover no longer just disappears when no results where found, but rather show an indication that nothing was found: 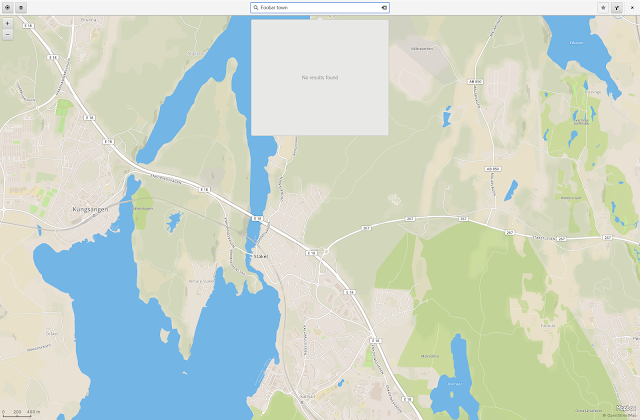 I also managed to do a little mess-up with the “remember the mode of transport” feature, so it was a little broken when currenly using transit and clicking the route button in a place “bubble”. So that has been fixed since in master.

And there was certainly some more things I have already forgotten :-)

Posted by Marcus Lundblad at 10:35 PM