It´s been a while since the last post here, so I thought I should share some now.

3.24.2 was just released and right before the release a nasty crash-on-exit bug appeared. Actually, the bug has been in there ever since Maps gained the ability to show your contact´s addresses from GNOME Calendar/Evolution, but it was brought into daylight by the new version of GJS (our JavaScript engine, based on SpiderMonkey). The problem actually is that in the dispose vfunc of the ContactStore object (this is in our glue C code) we had forgotten to NULL out some pointer memebers when freeing the objects (with g_list_free and g_free) and dispose can be called multiple times and we probably got away before because GJS leaked these objects in the earlier versions. We got this bug report from Ubuntu by the way, in 17.04 the new version of GJS is already used. Thanks to Emmanuele Bassi for spotting this use-after-free bug, this is now fixed in the new version (and in master of course).

Other than this, things have been a bit calm lately. But I have some goodies as candidates for 3.26 functionallity.

The first I thought I should show involves using the Wikipedia tag data from OpenStreetMap and Wikimedia´s thumbnailing API to obtain thumbnails for the map bubbles shown for search results: 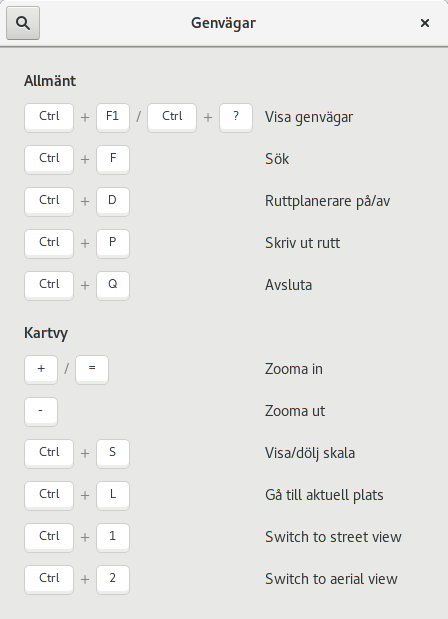 And finally another idea we had before was being able to edit localized name variants in OpenStreetMap (this helps improving searchability for users in cases where the name of a place might differ a bit in different languages).

So, I modified the edit dialog a bit, so that instead of the delete button for the name field, there is now a “more stuff” button: 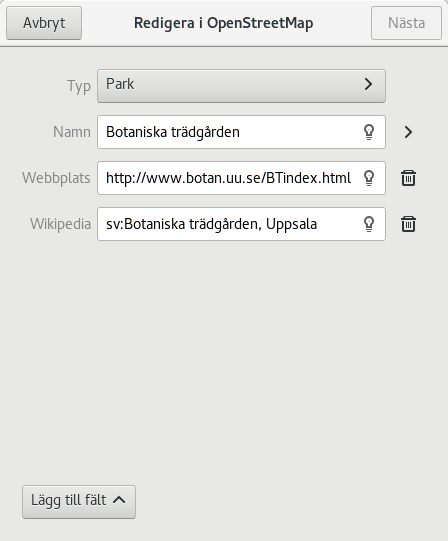 Clicking on it shows a page for editing variants of the name: 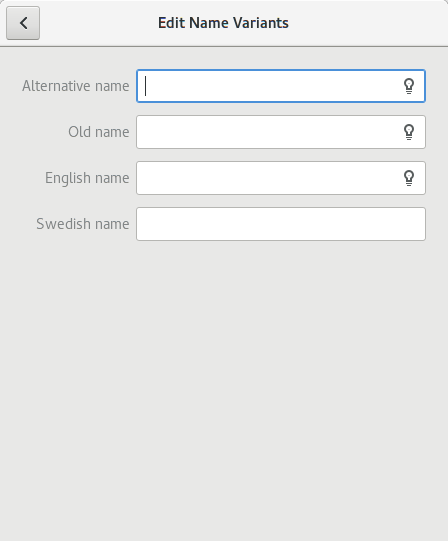 Here we have provisioning for giving an alternative name (such as a locally-known-as inofficial name for a place), older/historic names of places, and the name in the user´s language (I also added a static English name field, since the English name variant is often defacto used in OpenStreetMap as Romanized version in cases where the native name of a place is writtin in a non-latin script). This feature might need some designer feedback.

Another feature that might be cool that I have been thinking up a bit on is showing upcoming departures for public transit stops (and maybe nearby stops when using your current position). There is not yet any concrete implementation of anything here and this would also need some designer love.

And also, when speaking of transit, we´re still looking for options for hosting an OpenTripPlanner server instance (you still have to run your own and use either the service file override or using the debug environment variable), so if you happen to have some ideas here, it´s always welcome!
Posted by Marcus Lundblad at 10:05 PM