Borrowing POI types and translations from the iD OpenStreetMap editor

So, in a previos blog post I got comments from Ole Laursen and Zeeshan (zeenix) about why not fetching translations for location (POI) type names from the web-based OSM editor.
At first I was a bit sceptical, since our type concept will be a bit simplified (hiding the various tags that we consider as forming a ”POI type” under a single ”Type” selection).
But I got a little ”itch” for trying it out and managed to write a little script that mines this data from a git clone of iD and spits out a ”condensed“ JSON file with the type mappings with the translated names of tags. 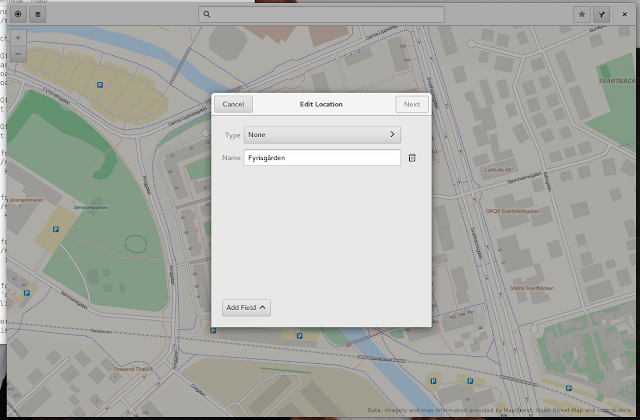 Editing an object with no type set currently, and it shows “None“ (as it would also do when creating a new location). 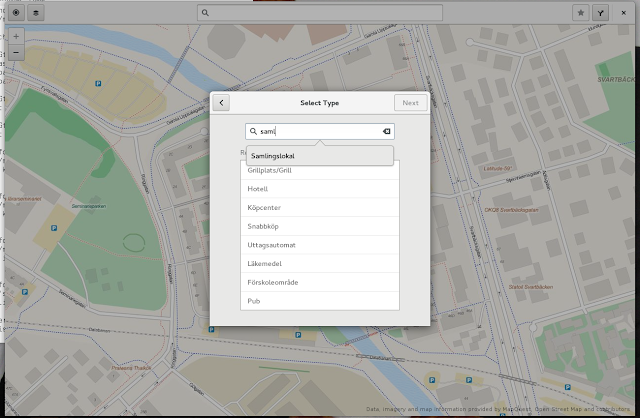 Clicking on the type button takes you to the type selection dialog. Start typing, and it will show matches (it should also fall back to matching the raw non-translated title if a translation for your current language is not added for a specific type, or there is no translation at all, as usual). As a little courtesy to nerdy OSM mappers, you can also type the name of a raw OSM tag value (such as ”bicyle_parking”) and it will show matches for this as well (this only works for tags that are included in the preset data from iD that are collected by the script though). 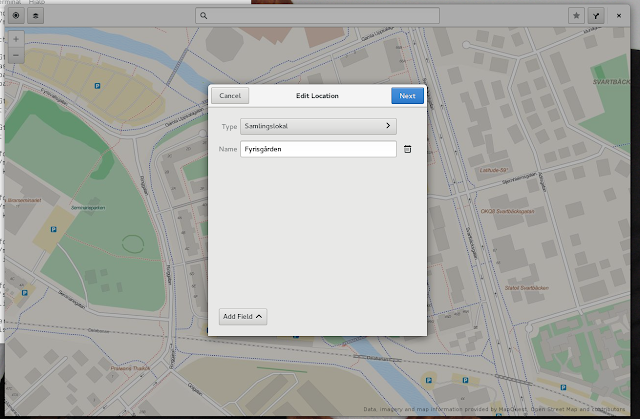 And selecting the type takes you back to the editor as before, with the type set to the one selected before.

Oh, and to be on the safe side, the type selector is only shown for existing objects if the type is already set to one of the defined types (and not for cases where there is a combination of tags, such as a place being defined as both an amenity and a shop, like say, a supermarket with a pharmacy department). This is done as a precausion to avoid any cases where tags would be overwritten in a non-obvious or hidden way. For objects where none of the type tags are defined, the selection will be permitted, and shows the initial ”None“ state.
Posted by Marcus Lundblad at 12:15 PM